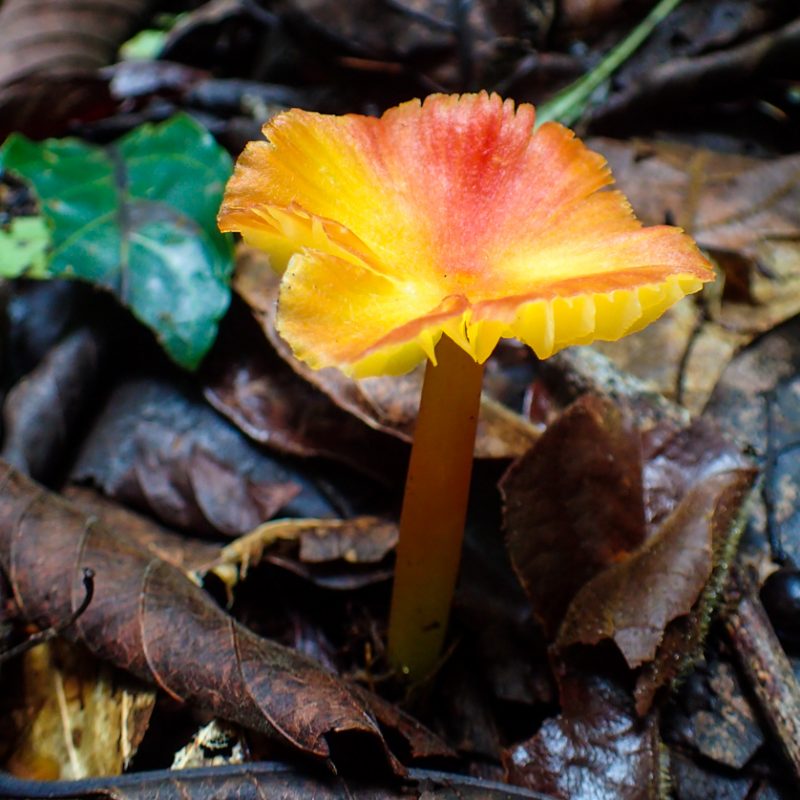 If you’re a regular MikedUp Blog reader, you’ve at least heard about our friend ‘Jen’ and her battle with breast cancer – she wrote 14,000 words about every detail of her story. You’ve also seen Jen’s story from the point of view of her co-worker and dear friend. We’ve sufficiently covered many of the highs and lows that one may encounter with a cancer diagnosis or the diagnosis of a close friend. However, that’s still a little meat left on the bone. Believe it or not, there are still funny times, great experiences, and human moments that happen during life while on this journey. A lighter side to cancer, if you will.

So in this third and final post detailing some portion of Jen’s journey, I’ve asked one of Jen’s best friends (Erica) to share some of her thoughts about what Jen went through. Below, we’ve got some wig shopping, experiments with cryogenically-cold heads, and nipple shopping… Yep… Nipple shopping.

What an incredibly true statement that most of us don’t think about until certain events in our life take place. One of those events for me was learning of one of my best friend’s diagnosis of breast cancer.

She is one of the lucky ones…she’s a survivor but you don’t know that will be the outcome when you hear the news.

I went to work and came home at the end of the day. I was going about daily household chores when my phone rang. It was Jen. I answered in a sarcastic tone as I usually do when she blurted out, “I have breast cancer.” We spent the next 30 minutes or so going through so many emotions. I didn’t know what to say so I listened. Jen didn’t need my advice (as if I had any to give!) she simply needed to tell someone how she felt and I was glad she trusted me enough to do that.

Jen was only 36 so it was shocking and upsetting to hear of her diagnosis. However, Jen is not only tough, but she is also one of the fittest, most self-disciplined and healthy people I know. She’s a damn machine when it comes to getting things done and getting them done well. So after I was able to process what she’d told me, I knew she’d treat this like any other obstacle in her life…she’d kick some ass, take some names, and move on to the next thing. She’s that much of a badass.

I tried to be there in any way I could for Jen. We talked or texted (as we’ve always done) on a daily basis and I viewed my job, as her friend, to listen and offer opinions when she asked for them. And while we’ve read about Jen’s difficult battle through her eyes and from the point of view of another close friend of ours, Mike has asked me to cover some of the less obvious things that we went through with Jen’s diagnosis. Some may seem pretty ordinary but rest assured – many were unexpectedly comical.

Some of the events that stand out to me from Jen’s journey are as follows:

The discussion of cold caps

One day Jen asks me what I think about ‘cold caps’. My first thought was, “What the hell is a cold cap?!?!” To support my friend and become informed I asked Google what they were and learned all I could to give her my thoughts for both why she should or shouldn’t use them.

We talked a lot about this relatively new technology and in the end, Jen decided it was worth a shot. She said she’d just try them and if she didn’t like them she’d stop using them. Deep down I knew if she went for it, the scientist in her wouldn’t let her quit!!! She needed the data and data she got!

She and Pete (her husband) created an experiment out of the cold cap experience and it was rather interesting to watch. In the end, she never quit the cold caps. She stuck it out when most people would’ve said forget about it! And she kept a lot of her hair which helped her remain in some control over this crappy situation she was put in.

I could tell having her hair made her feel like “her” and from a friend’s perspective – that was the best thing to see. We even had a party after Jen was done with chemo where she made the guys in our circle of friends try the cold caps for only a tiny fraction of the time she endured in them. Needless to say, they wouldn’t stand a chance in a test of willpower against Jen ????

Mike: Yes, Jen did ‘give us the opportunity’ to try these caps on at a party somewhere along the line… And let me tell you – I was only able to wear this dry-ice-cooled-contraption for a fraction of the time that Jen could. That was the coldest my head has ever been. Jen’s a badass and that is all…

Even though Jen decided to try the cold caps, she didn’t know what her outcomes would be so one of the other adventures she asked me to tag along for was her wig shopping appointment. Nobody wants to go wig shopping because they have cancer, but once again Jen made the most of it and we even had a little fun in the process.

You see, Jen is NOT a fan of short hair on herself but she humored me and tried on a short wig. She looked great…although maybe a little too much like June Cleaver. Needless to say, she chose the long hair wig ????

Another quite funny moment in this journey was when Jen was “trying on nipples”. Not a sentence I ever thought I’d utter. However, after Jen’s mastectomies she no longer has nipples. So after her reconstruction she tried out some silicone nipples to see how they’d look. Now as you know Jen is not really shy so she sent the picture on over to ask what I thought of them.

(That photo not included…)

I’m glad that Jen let herself have moments of sadness and let herself grieve because what she went through was traumatic. However, it’s always how she got right back up again and decided she was going to fight the fight no matter how hard it was that I’m so proud of.

Jen and her reconstruction surgeon were not only on a first name basis, I remember Jen joking at one point that Dr. A had more pictures of her boobs on his phone than Pete (her husband) would ever dream of having.

Hear what your friend is saying and read what they need. I felt like Jen didn’t need me to be her cheerleader…she had enough friends and family members doing that for her. We talked a lot about how sometimes the only thing she wanted to hear was that whatever the issue was just sucked…no pep talks about how things would get better (even though we all hoped and prayed they would) just that it sucked.

I know Jen thought about the future and expressed that many times she wondered if she’d be around for the milestones in Briana’s life…all I could do was listen and tell her that what she was thinking was normal and hopefully one day it wouldn’t be a regular thought for her.

Mike: Life is short, true… But it’s so much better lived when you’ve got the absolute best friends and family with you through the good times and the bad.

This will be the last of 3 parts we’ll be publishing on Jens Journey (unless some different angle strikes our fancy…), but I just want to take a minute to thank Jen, Jon, Erica, and Pete for letting us dive into these deeply personal stories. Jen and I started talking about publishing a version of her story on the site as an attempt to try and help someone with a similar diagnosis who didn’t have answers on what to do and what would be next, but this series has turned into much more than that.

We hope you’ve enjoyed these stories and, if needed, taken some information away from them.

Here is Jen’s story and here is the story that was written by a different close friend and his perspective.

I’d love to hear your thoughts on Erica’s stories in the comments below! We’ll be monitoring so that we can keep this conversation going! 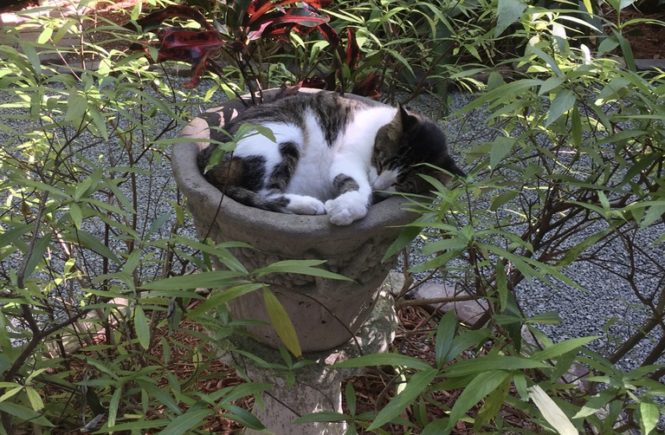 My mother-in-law: a budding naturalist 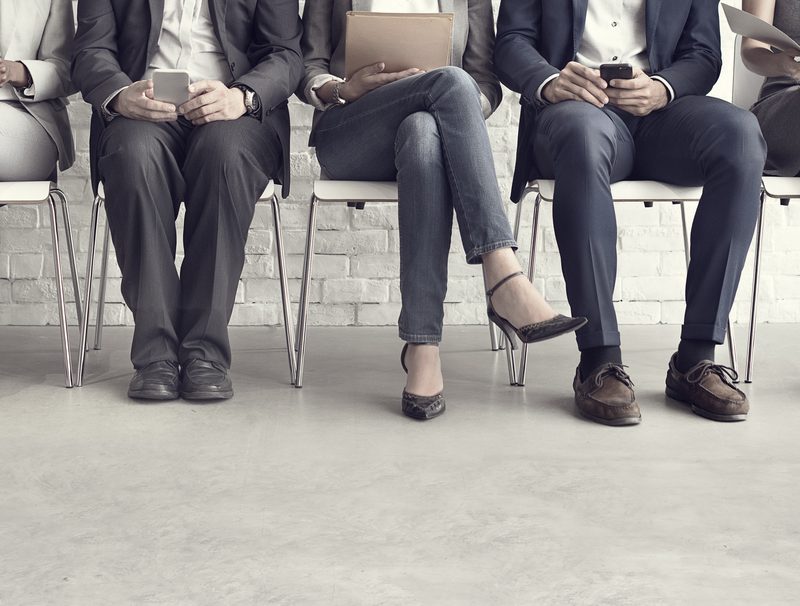 Low Unemployment Aside – How Will you Stand Out? 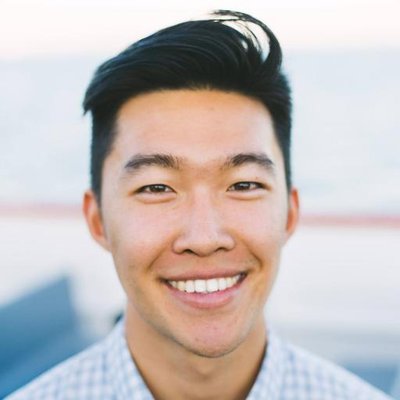 Founder and CEO Anthony Zhang is Someone you Need to Know