Respecting limits: and determing a response after you find them 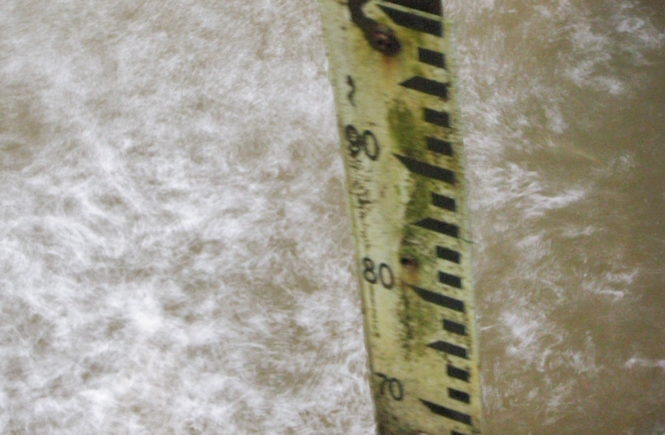 This article isn’t about football but I will use a football observation to illustrate my point. Don’t run away if sports aren’t your thing… Also, this is more of a ‘think piece’ than I’ll typically write. I hope you enjoy it. If not, let me know and I’ll keep these thoughts in my head and off the virtual page from now on. Either way cheers to a phenomenal 2017!!
So, Clara had been put to bed, Monica and I were relaxing on the couch for a minute and watching the Thursday night NFL game between the Kansas City Chiefs and the Oakland Raiders (December 8, 2016).
Oakland had the ball and they were driving against the Chiefs, who kept their opponents in check for a majority of the game. In large part, this was due to the stellar play of the Chiefs’ linebacking core. These 4 guys are headed up by some aging veterans who still put fear into the hearts and minds of opposing quarterbacks or wide receivers attempting to operate in the middle of the field – the linebacker’s territory.

The linebackers were playing out of their minds in this game, so naturally, my focus shifted to them.

Specifically, I was watching Derrick Johnson, a 12-year veteran known for his toughness and solid play.
But something seemed off. He wasn’t showing his typical burst or quickness when pursuing offensive players. He seemed to be a step slower than usual. The next play was a pass, and with the threat of a running back carrying the ball up the middle removed, Johnson began to drop backward into pass coverage and shuffle from side-to-side covering receivers.
A split second later, Johnson planted his leg to change directions and he went straight down. No contact from another player. Just down. Injuries like this are never good and typically mean there is some serious ligament or structural damage within the body.
The announcers chimed in to inform that Johnson had been playing through a sore Achilles tendon that was aggravated a couple weeks before the game. We came to find out after the game that this injury was, in fact, a ruptured Achilles.

If Johnson knew that a rupture Achilles was in play, why was he out there?

This wasn’t his first go-around with an Achilles injury. Johnson was forced to sit out the end of the 2014 season for the same injury. So, he’s been through the rehab, seen the price this injury makes you pay, yet he’s still out there playing with everything he’s got. What gives?
I don’t know. Maybe he loves the game that much. Maybe his family needs the money. There’s a chance that Johnson felt this injury wasn’t likely to occur. Or, maybe he knew it could happen but out of honor for himself as a professional athlete and competitor, his internal drive got him through practice and onto that game field. It’s possible this was his last year to play at the professional level and he was going down with an empty chamber…

I’ll probably never know for sure, but the fact is – he did play and he did get injured. Now his season was over and maybe his career.

Derrick Johnson had found his limit, attempted to surpass it, and is now out of the game – at least until next year, maybe forever.
As 2016 comes to a close and I take the time to reflect back before looking ahead to 2017, I try to take stock of what worked well and what didn’t go so hot. How can I improve and what can be done to positively impact my life and the life of those I care about.

One factor that keeps visiting the foreground of my mind is ‘limits’.

Monica and I have been busier now than ever before, with many topics I cover in the blog combined with things I can’t yet discuss. The fact is that we’re all busy. When you add jobs to kids and throw in a bit of holidays, it’s hard not to feel overextended from time-to-time.
When this occurs, and you only have so much time to give, you’re left with a series of choices. To push past your limits or to throttle it back and focus on fewer task items until things calm down a bit.
What to do?

In dealing with fitness and exercise, I’ve seen that the human body is capable of much more than we give it credit for.

When nearing the end of strenuous workouts with my mind shouting, “STOP! You’ve done enough! You’re tired man, let’s go get some ice cream” It’s easy to pack it in and call it quits. What I’ve found, though, is that this is precisely the time to kick that limitation in the face and push further. If what I’ve experienced is soreness rather than a sharp pain, with a potential injury following, and pushed harder – these are the workouts I always feel best about afterward.

To borrow more than you have coming in or, “paying for today’s stuff with tomorrow’s money,” is a dangerous game that could land you in bankruptcy court. Perhaps, in this case, it’s best to identify the limitations and respect the heck out of them.
Then again, there’s rarely reward without some financial risk.

Task items shifting focus onto professional, financial, or other areas, not including your family can also be dangerous.

This may be the topic I’ve thought most about. It’s fantastic and worthwhile to be successful in most areas of life, but I’ve seen overall satisfaction is greatly limited without the foundation of a solid family life.

For this reason, I’ve decided to make time with family a priority this year. This is not to say it hasn’t been the case in the past, but I’ve definitely got room to improve. Here’s the general working plan:

1) To not overextend and exercise the use of the word ’no’ from time to time.

Frantically running from bed to shower to work to daycare to the gym to the dinner table isn’t my ideal scenario. Less division of my mental capacity will allow me to focus more on what matters most.
Is answering every call my phone receives going to dramatically improve my life? No. If it’s important, they’ll leave a message and I’ll get back to them in an hour… Not the end of the world.

2) To exercise discipline in all areas of life.

For example, a daily workout has become pretty important to me. I’m not asking for much here, just 20-30 minutes for my mental and physical health. Limits on the hours in a day say that this workout will take time away from Clara and Monica.
My answer – they aren’t awake at 5:30. I’ll workout then. What does this mean for my evenings? In bed by ten.
If you want success, you need discipline.

3) To unplug for evenings with my team.

Nobody wants the jack wagon father/husband that’s there physically but not mentally because the computer/phone/iPad is more important. Time is different than quality time.

This means no meetings without a set agenda, no rambling professional calls, and making sure that what’s being done has the most positive impact on quality of life and quality of business.
Time for leisure is another area entirely. I’m not looking for a scheduler there. On vacation and the weekends you can take my watch, but when it’s time to get to work, let’s make the most of our time.

5) To be present in the moment and focus on the task at hand.

Working on advertising but thinking about staff development will lead to a reduction in quality for both.
Whether a conversation, visit with family, or my morning run, I want to be all in. I want to make the most of that moment, then move on to the next.

Derrick Johnson knew his Achilles could falter at any moment just as I realize that overextending could cause me to fail in most things. Contrarily, I haven’t chosen to reduce my workload. In fact, it has only gotten heavier. I’d like to believe that my ability to handle that load has increased, in kind.
To put systems in place in my life to increase efficiency and reduce clutter is how I plan to achieve greater success in 2017. This isn’t taking on more for the sake of saying I can do it but identifying my limits on time and mental capacity and working best within those constraints. To work smarter, not harder. To make the most of my time, because when it’s all said and done – time, and specifically how you spend your time, determines the quality of your life.
In 2017, I chose to spend more quality time with those that matter most to me.
How will I do that? By working efficiently with the time I’m allotted and exercising daily discipline in all areas so that there are more time and fewer distractions taking away from what I want to focus on. I want to know my limits so that I can make an informed decision to either push further or take a step back.
Let’s work to know our limits this year.

I want to wish you and yours a phenomenal New Year!! Best of luck in 2017. Now that you’ve come this far, here are my humble requests:
– Please share this post with a friend.
– If you like what you see, please subscribe to the blog so that our new posts come straight to your inbox.
– Our Index page has a complete listing of all published articles – check it out.
I’m glad you’re here. Thanks again and talk soon!
– Mike
Previous Post Next Post 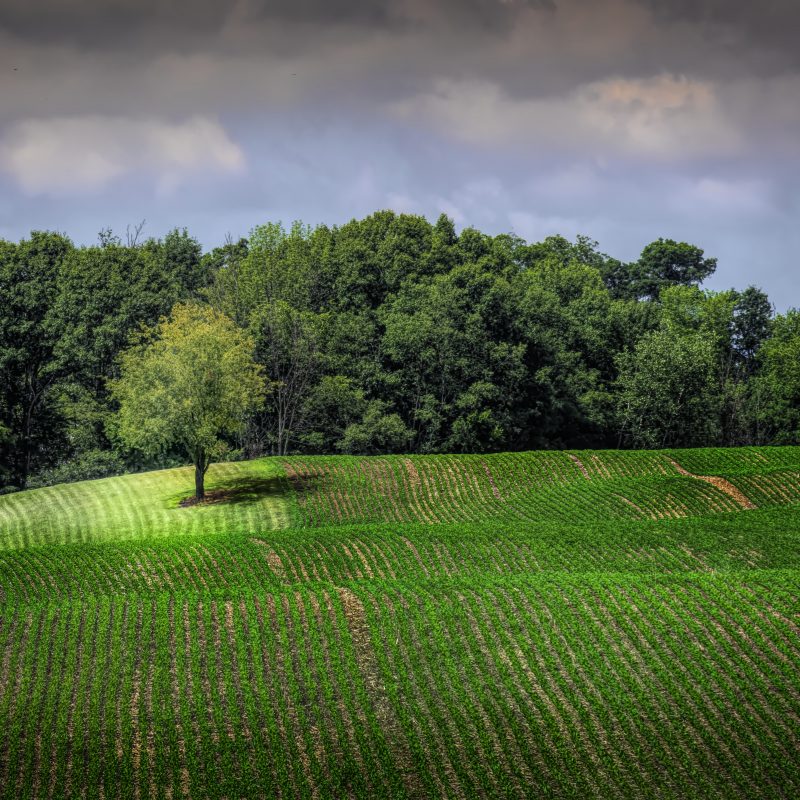 How to Prepare a Successful Student – (It’s Not With Supplies) 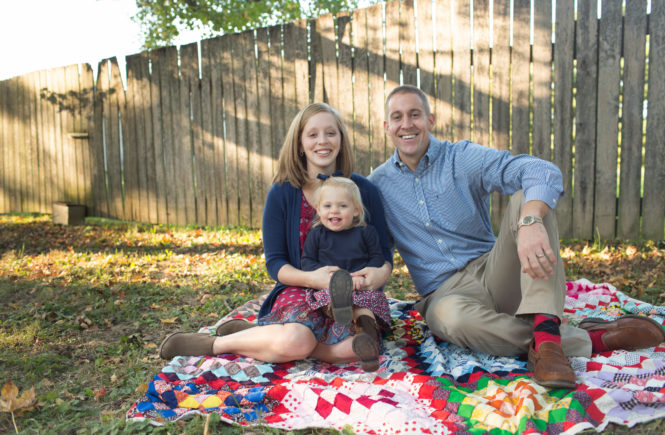 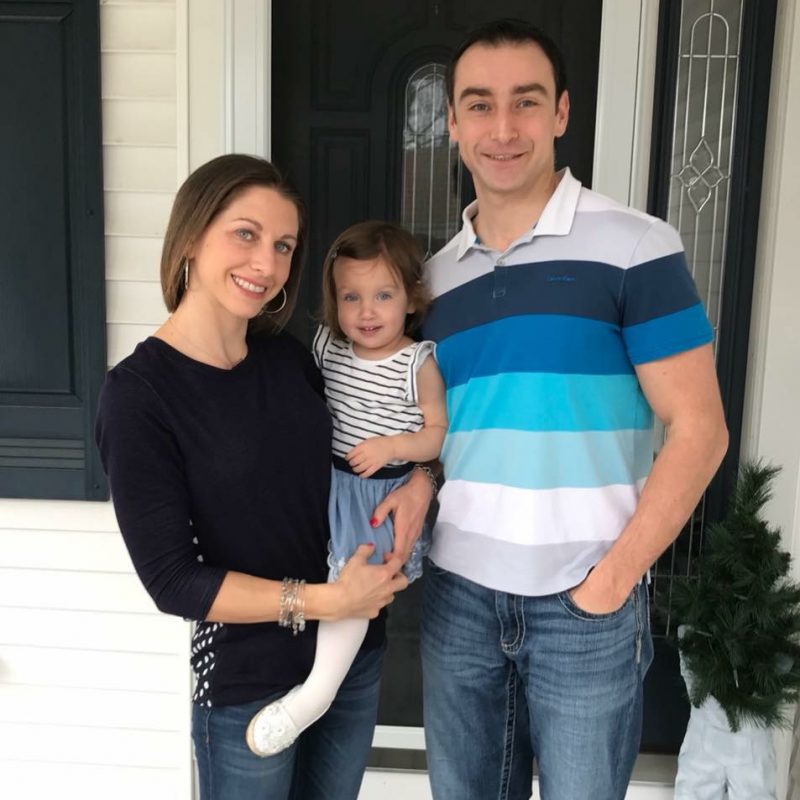