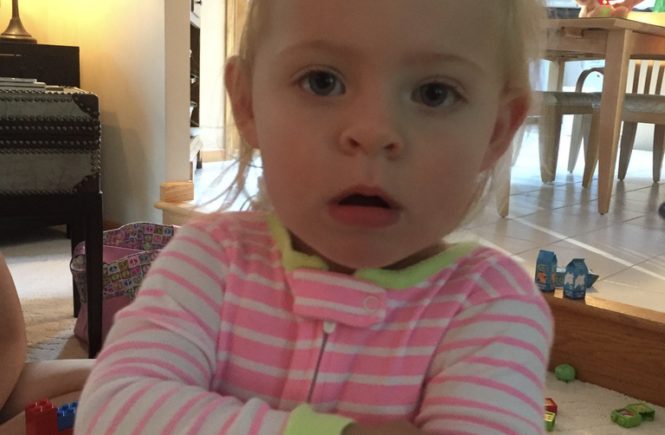 Have you heard the quote:

“My wife wanted a cat. I didn’t want a cat. So, we compromised and got a cat.” Can’t remember where I heard it or who they stole it from, so, apologies all around. But it illustrates an important point. Take it away Mick, “You can’t always get what you want.”
Yeah… Not sure that Mick ever met our toddler – Clara. Our advanced 1 year-old (23 months old) would vehemently denounce any such notion that something could be unattainable. I suspect most her age would say the same…

I should be proud of a young lady that knows exactly what she wants, and when. In fact, I am. She shows great determination and is not afraid to take a stance… Potentially a great sign for things ahead. Her arguments even progress past the nonsensical to include logical progression and compound thoughts that keep mommy and daddy on our toes.

Parenting at these times can be a calculated process. An obvious, “no,” to the 3 points above, may result in a, “yes,” to a softer request; staying up 15 minutes later than normal, perhaps. While we’re blending leadership, consistency, and growth of our little one, it can also be difficult to show no emotion and never deviate slightly from the routines we parents love. Ultimately it’s parent first, friend second… That doesn’t mean the toddlers feel the same, though.
Clara’s thought bubble: “I can’t jump on the trampoline with food but maybe I can run around the house with it. Oh… Can’t do that either? How about with milk? I can probably run with that. Ohh…

We had this… “process” … during high school football practice that the linemen perfected during long-distance running – the Fog (fake jog). Anything over 10 yards for them is long-distance – sorry guys but you know it’s true. In college, the linemen were slightly improved, but I digress. These fine fellows would move the arms back and forth from cheek to cheek and take short abbreviated steps to give the illusion of a maximum effort slow jog. Think large power walker with a skip.
Well, I realize that the Fog is something inherent as it’s the tactic Clara uses for the above scenario. Only, with her the object is to appear as a fast walk rather than the slow run actually taking place.

A friend recently remarked, “Raising a toddler is like training a raptor.” To my inaudible, “huh?” she continued. “You speak softly and make slow movements. And never will you make loud noises for fear of repercussions.”
Although I think she’s onto something with the raptor training (dangerous sport by the way – I saw Jurassic Park), perhaps it’s the toddlers training us? These kiddos know what they want, they know when they want it, and they know how far they’re willing to go to get it… Limitations be damned.

Here are 5 reasons why the next generation of great hostage negotiators (present-day toddlers) is just about 20 years away.

Once the focus of a negotiator (toddler) is locked in on an item (i.e. walk to the park), there will be no deviation. With complete disregard for all other thought and activity, the negotiator’s progression is derived entirely to achieve the end goal, and this is something the toddler has experience with.

2) Their determination will wear you down

Sleep deprivation is a torture tactic for a reason, and it is perfected by the toddler to inflict maximum influence on the weak and tired parent. Eventually you’ll be so tired and worn down that you won’t even realize you just agreed to ice cream for dinner.

3) By starting at one extreme, them giving in and ‘compromising’ is still on their end of the spectrum

You think you’ve gained a bit of leverage only to find out later they got you to agree to their initial desire (cookie) by posturing for the extreme and obviously unattainable (ice cream cake) first.

4) They have no concept of money

They’re not afraid to promise anything to you in a hostage situation because the municipality, state, or federal government (parent’s funds) will cover the cost. The bus to the airplane with the pilots and flight attendants will be there because money is no object and the hostage negotiator (toddler) just wants those hostages (coloring book, puzzle, basketball, …) back and unharmed.

5) When the chips are down, they are your best friend

With an endless supply of hugs, smiles, and kisses (deep dish pizza for you and the hostages and sniper-free rooftops), these negotiators remind you that nobody can give you what they can. Your fate is held entirely in their hands.
Alright then. I think I used a few different metaphors a few different times up there but if you stayed with me you realized that it doesn’t matter.
We’d give our kids the world if we could. We’d want them to be good and honest people that say, “Thank you,” when we hand them said world but honestly, we wouldn’t care. The sleepless nights, arguments over brushing teeth, frustrations around not participating in dangerous behaviors, and constant tension resulting from the nagging question of ‘is my child safe’ are all hazards of the work I love to do. I would roll my eyes (not literally or outwardly, of course) when parents would say they love their kids more than life itself. But I tell you what – now I get it.

Parenting – it’s the most stressful, challenging, and time-consuming job that produces more enjoyment, fulfillment, and laughter than I ever knew existed.

Now that you’ve come this far, here are my humble requests:
– Please share this post with a friend.
– If you like what you see, please subscribe to the blog so that our new posts come straight to your inbox.
– You, too, think I’m crazy? Jump in line and let me know why in the comments section below.
I’m glad you’re here. Thanks again and talk soon!
– Mike
Previous Post Next Post 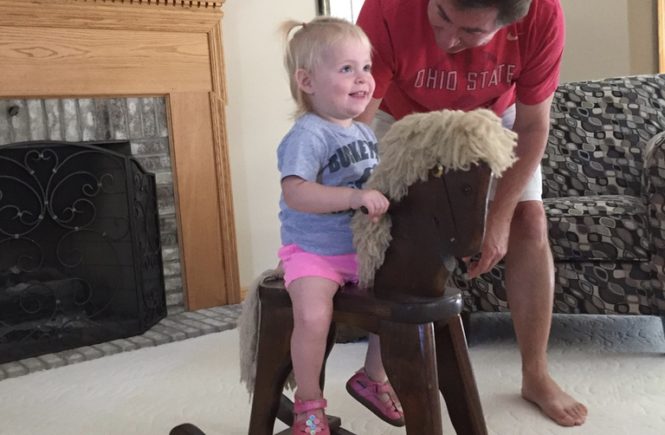 Parenting is the most important job 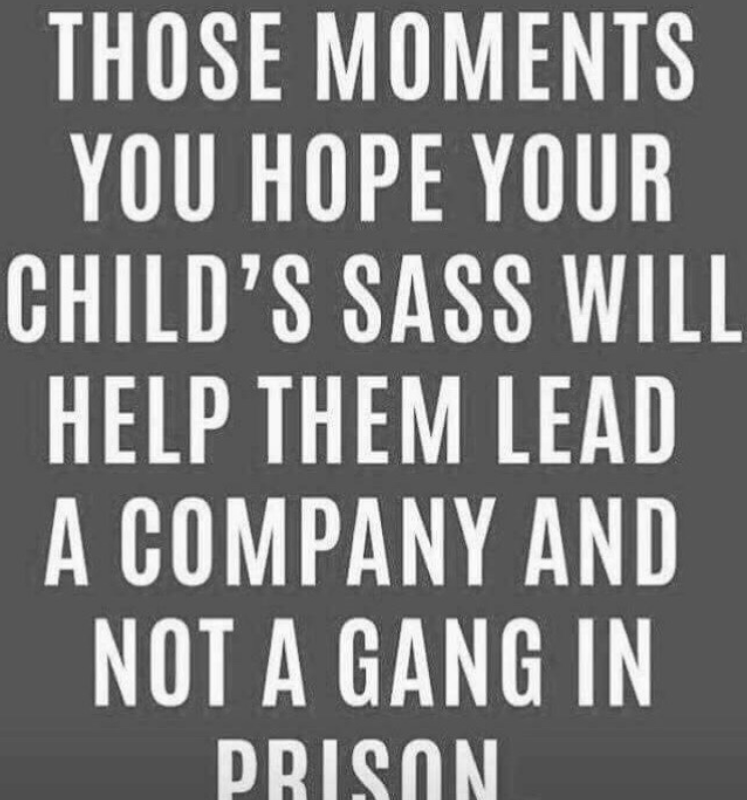 The 11 Most Hilarious Memes From My Wife – Now you Know 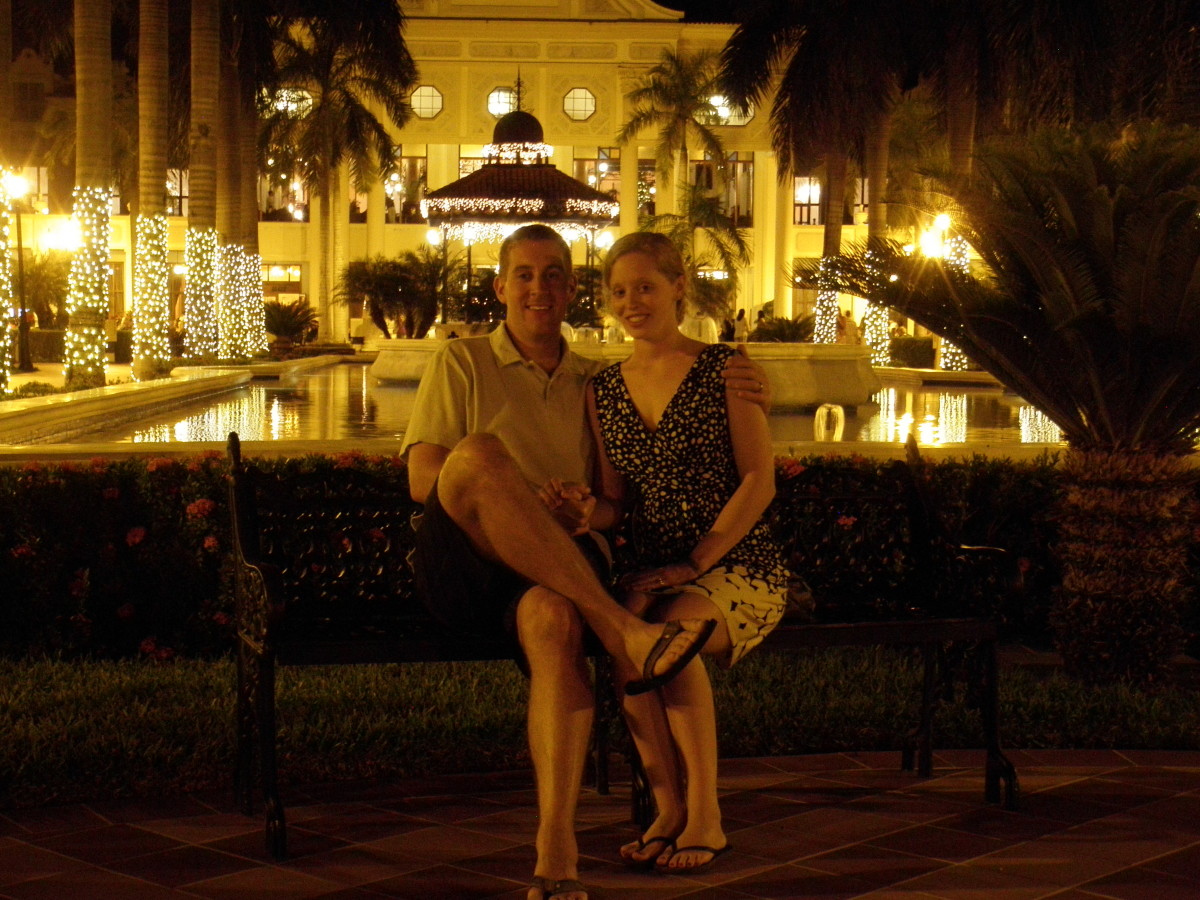 How a sensible waterpark philosophy almost killed our marriage