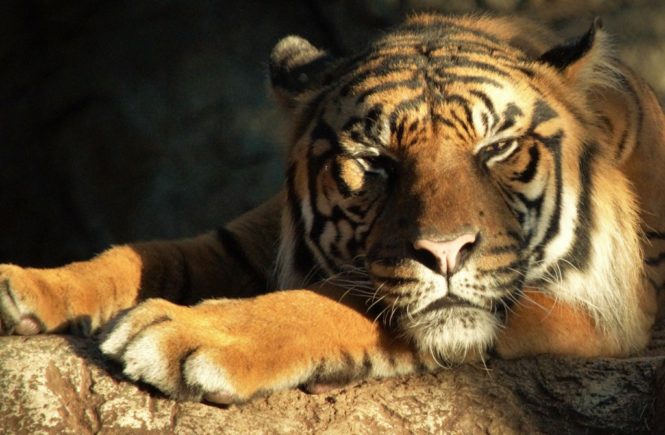 What is a podcast and why are they becoming so popular?

Podcasts are digital audio files that can be downloaded to your device and listened to whenever you’d like, without an internet connection. It’s similar to when we would download music to our iPods or Zunes a few years back (look out early 2000s). They’re on-demand radio shows.

What’s with all the hype?

From current sports updates to ancient history and pop culture to politics… There’s a podcast for that. You into meta-learning? I have 1 (well… 2). Interested in starting a business? Startup would be a good place to begin.
The point is – there’s something for everybody. No matter where you are in life, a podcast can help you progress from there to where you want to be. There’s a catch, though… All this information is available but is all of it reliable.

But fear not. Whether you’re a podcast aficionado or novice, this post will help guide you through the noise. Here are My top 5 podcasts of 2016: and why they’re in my ears.

I get it if you’re done with election coverage and would rather skip ahead to #4. It’s been a long primary and election season full of… well, a lot. I understand.
If you’re able to put aside your political affiliation, this panel of political journalists does as well as any I’ve seen who try to play it down the middle. If you’re looking for an unslanted view of current political happenings, and what they mean to you, this is your show.
The team ramped up to daily episodes leading up to the election but the typical pace is a weekly roundup of the country’s political news. You’ll get the events and their relevance in the current political climate.
One of my favorite segments is when they stray from politics for a few minutes toward the end to offer up the 1 thing they can’t let go from the week. Awkward twitter rants, new song releases (and the panel’s opinions), and the random dad-joke are all on the table here.
If you’re looking to expand your civic knowledge base, the NPR Politics Podcast is a great place to start.

If you enjoy a knowledgeable and well-respected guy taking the occasional subtle jab at ESPN (his former employer), Bill Simmons comes through for you. After their less than cordial split, Bill took a little time off to regroup then came out swinging when he launched The Ringer Podcast Network and TheRinger.com – his new media company.
Although the podcast network currently numbers double-digit shows, ranging from tech to politics to sports, it all started with Bill’s trademark podcast. On the Mic, you can expect a heavy dose of the sports in season, the betting lines surrounding those games, and Bill’s thoughts on where the season is heading.
With guests sporting names like, “Cousin Sal, Jack O., and House,” you get the vibe of a couple of old college buddies hanging out, talking sports, and sharing ridiculous stories. What’s more, you’ll occasionally hear the likes of Malcolm Gladwell, Al Michaels, Michael Rapaport, and other otherwise unrelated celebrities who may or may not have an interest in sports.
In any event, The Bill Simmons Podcast will keep you up to date in the current sports world.

Admittedly, I’m cheating here as these are 2 separate podcasts. But they’re done by the same guy (that’s Dan Carlin if you couldn’t tell). Where hardcore history takes the most massive world conflicts since ancient times and breaks them down into multiple 2-4 hour podcast segments, common sense gives you an hour plus of Dan ranting about the current geopolitical climate.
My first touch of hardcore history was Dan’s King of Kings series that took an ancient conflict between Persians and Spartans, gave me the backstory, made me feel like I was watching the battles, then cleaned up the fallout. I went from  being clueless about the war that spanned a continent to not only understanding it but also trying to tell my wife how crazy it was that under a single king Persia had created the greatest empire the world had ever seen.
She took my word for it.
Dan’s Common Sense show puts his signature tone and exasperation into clearing up what in the world is going on with our country’s domestic, foreign, …, and economic policies. If nothing else, just listen to enjoy how fired up Dan can get.

Here’s where we start to blend entertainment, enjoyment, and education all into 1 podcast feed.
Tim calls himself a “human guinea pig.” And he delivers. The New York Times referred to him as, “A cross between Jack Welch and a Buddhist monk.” A huge success of a Derivatives Trader, Albert Pope, called him, “The Indiana Jones of the digital age.”
Whatever you want to call him, he’s succeeded as an Angel Investor, bestselling author, tango dancer, Chinese Kickboxing Champion, horseback archer, and podcast host. His show featuring the incredibly successful and popular Jamie Foxx was voted as the podcast episode of the year for 2015.
Tim takes some of the most popular and most obscure individuals from around the globe, and with job titles from Lieutenant to author to US men’s gymnastics coach, and brings them into his 2-3 hour shows. Once on the mic, Tim’s goal is to distil down some of the habits and traits of the most successful individuals in the world into usable advice for us listeners.
If you’re looking to beat insomnia, fight depression, increase your deadlift, or learn to tango, Tim can help you with that.
Oh, and the guy that inspired the movie, Searching for Bobby Fischer, is a great friend of his.
Trust me, this podcast is worth your time.

The leader of the most decorated special operations unit during the entire Iraq war, Jocko Willink is a tough, Brazilian Jiu-jitsu black belt wearing, retired Navy SEAL officer who preaches daily discipline in all things. Don’t be too quick to judge this book by its cover, though. Jocko majored in English in college (as a SEAL) and respects the hell out of Shakespeare.
Jocko was introduced to the masses via The Joe Rogan Experience and our #2 (The Tim Ferriss Show), where he was simply a guest taking part in your standard interview. After concluding each of these recording sessions, both podcasters independently urged Jocko to start his own podcast. He took them up on the offer.
I am grateful.
So are a ton of other podcast listeners as Jocko Podcast is flying up the iTunes charts.
I’ve been listening for a couple months now and Jocko has already helped me improve as a human. Don’t believe me? Even Monica has adopted one of his mantras because I talk about him so much… GOOD.
As in: You failed a class? GOOD. Gives you a chance to get better next time.
You lost your job? GOOD. Now you have the freedom to find another.
You’re overweight? GOOD. You’ve identified the mission, now execute!
This ‘GOOD’ is one of the sayings Jocko had as combat leader that helped US and coalition forces take back control of Ramadi, one of the most hotly contested and Taliban-infested areas of Iraq. After that deployment and many others, Jocko was assigned to lead the west coast training operations for SEALs, where he took the lessons learned from combat and passed them down to the next generation of SEAL officers.
These experiences are what Jocko draws from to discuss leadership, working out, business, family, and generally bettering yourself in all aspects of life.
This podcast is audio gold and if you’re not learning from it, that’s because you’re not listening. My only advice: start with episode #1 and work your way through.
Haven’t listened yet? GOOD. Now you can get started.

Now that you’ve come this far, here are my humble requests:
– Please share this post with a friend.
– If you like what you see, please subscribe to the blog so that our new posts come straight to your inbox.
– Our Index page has a complete listing of all published articles – check it out.
I’m glad you’re here. Thanks again and talk soon!
– Mike
Previous Post Next Post 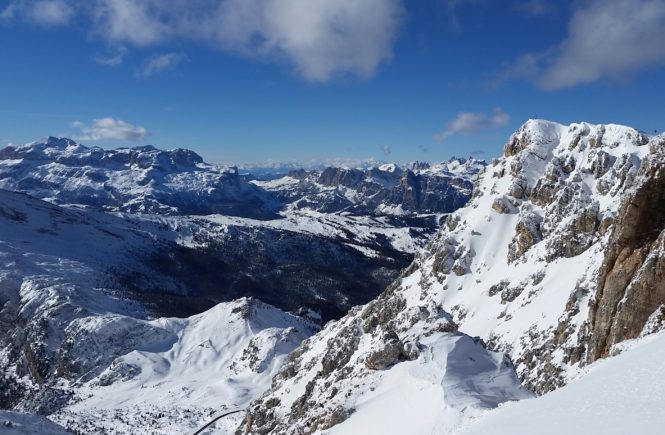 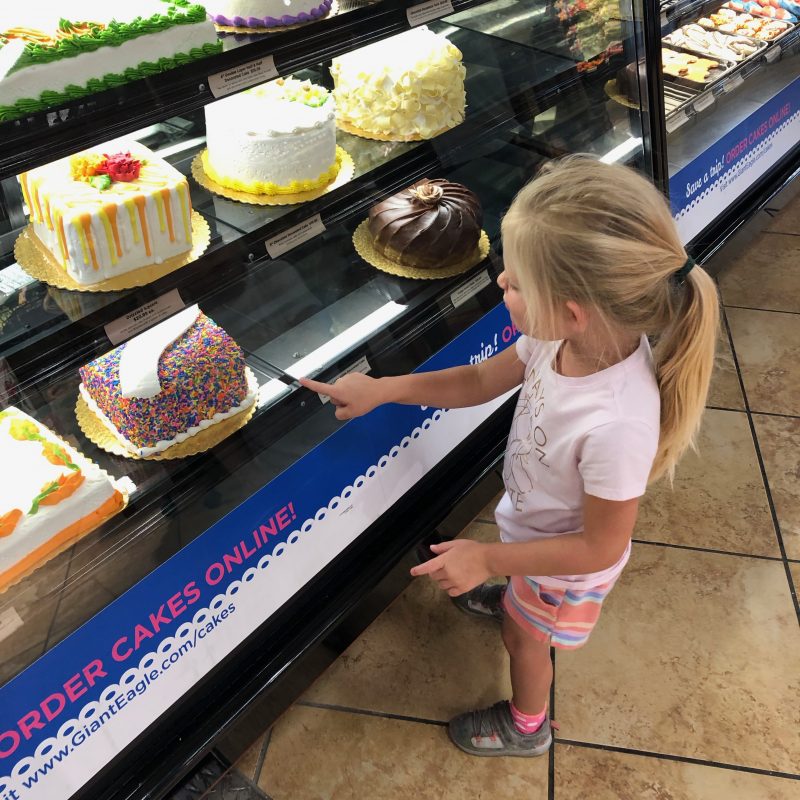 Stop Out Eating Your Fitness Gains!