10 Rich Habits to Improve Your Life 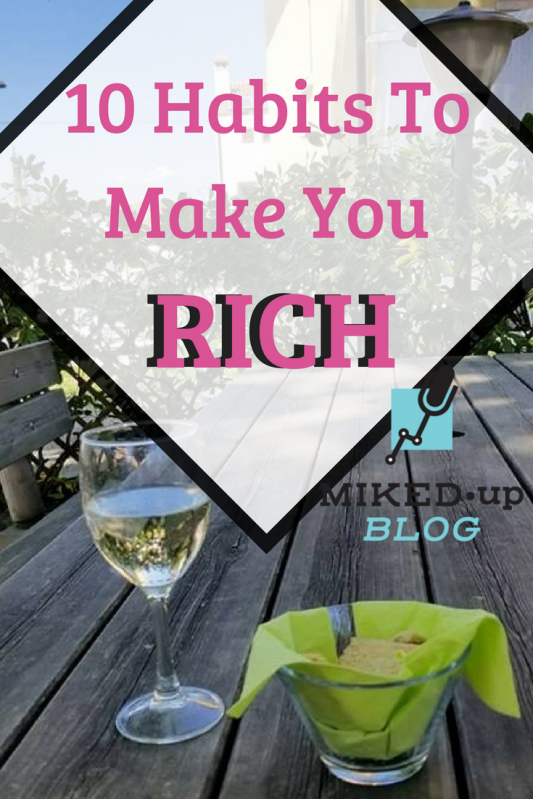 Hi, Team! When I introduce a guest blogger on the site, I always say that I’m thrilled to feature the author, that I took great information from the post, and that I can’t wait for you to read it. And that is 100% true. If I didn’t love a guest post, it won’t get published. Period. So I will say all of those things about this post and this author. And I will also tell you that the below post about rich habits is incredibly insightful and can have a significant positive impact in your life.

But I’m not stopping there

This post was written by ESI from ESI Money, a blog about achieving financial independence through earning, saving, and investing (ESI). It’s written by an early 50’s retiree who achieved financial independence, shares what’s worked for him, and details how others can implement those successes in their lives. He is also the author of a free ebook titled Three Steps to Financial Independence and spends a lot of his time interviewing millionaires. He’s also the owner of Rockstar Finance, the leading curation site for the best personal finance articles (and he’s even let me crash the Rockstar party a time or two).

Straight up, ESI is a big deal in the personal finance blogosphere. On top of that, I’ve recently gotten to know him somewhat and have been incredibly impressed with his generosity and willingness to help out us other bloggers.

Do you get that him offering to write for MikedUp Blog is a big deal? Ok – sweet. I’ll stop rambling now… Here’s ESI:

When I travel, I usually take a book as there’s always some time when I’ll need it: on a flight, in the hotel for some downtime, on the beach relaxing, etc.

since I had heard so much good stuff about it

I wasn’t disappointed. It’s a short read but crammed full of truth-bombs — perfect for a trip.

It’s not without controversy though (mostly based on some over-the-top claims), so let me give you a rundown of the book and let you weigh in with your thoughts.

The book is written by Thomas Corley who “devoted years of researching the daily habits of wealthy people.”

He then turned his findings into the “Rich Habits Program” and shares these habits in this book.

Having done this research, he says that:

“Wealth is not just a byproduct of random luck, education, hard work, or inheritance. Financial success is a foolproof process.”

He then goes on to say the book contains the blueprint for financial success.

Quite an interesting set of claims, right?

“Financial success is a foolproof process.”

“The book contains the blueprint for financial success.”

Ok, so much for under-promising and over-delivering…

The Role of Luck

Before we get into the 10 rich habits, let’s review an opening chapter where the author says he wants to dispel the myth that many people are wealthy simply because they are lucky.

He admits that having good luck is important to becoming successful, but then says the ten habits will help people attract the right type of luck. Hmmmm…

He breaks “luck” down into four distinct parts:

Random good luck — Good luck that happens without anything done on our part and which we have no control over.

Random bad luck — Bad luck that happens without anything done on our part and which we have no control over.

Opportunity luck — Good luck that happens because you have prepared for it (i.e. you take daily measures to be ready for it and can thus seize the opportunity when it arrives).

In general, I can agree with these conclusions

I think most people assume that there’s only random good luck and random bad luck. But there are things we can do that help increase our chances of being “lucky.”

On the good side, we can network, continually educate ourselves, work on growing skills that have higher monetary values, and the like.

On the negative side, we can smoke, put zero effort into personal development, spend most of our free time watching TV, and so on.

When you compare these two lists, it’s much easier to see how our daily habits can help us become lucky or unlucky depending on which we practice.

The next part of the book details fictional accounts of people in tough situations, each with a different story. In one way or another they are pointed to one man who then shares the ten habits with them. In this respect, this book is very similar to The Richest Man in Babylon

Then the author finally gets to the ten promises (i.e. rich habits) as follows:

Promise #2: I will set goals for each day, for each month, for each year and for the long-term. I will focus on my goals each and every day.

Promise #3: I will engage in self-improvement every day.

Promise #4: I will devote part of each and every day in caring for my health.

Promise #5: I will devote each and every day to forming lifelong relationships.

Promise #6: I will live each and every day in a state of moderation.

Promise #7: I will accomplish my daily tasks each and every day. I will adopt a “do it now” mindset.

Promise #8: I will engage in rich thinking every day.

Promise #9: I will save ten percent of my gross income every paycheck.

Promise #10: I will control my thoughts and emotions each and every day.

Quite an interesting collection, huh? 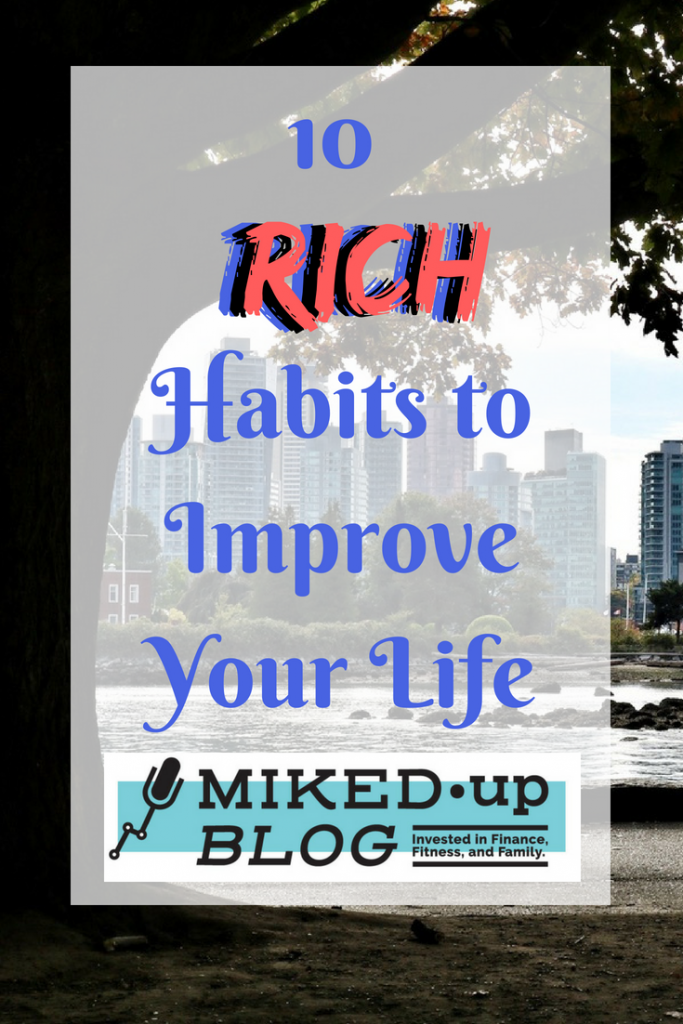 My Take on the Rich Habits

As you might expect, I have several thoughts on these:

Basically all of these promises can be boiled down to 1) create goals to accomplish worthwhile things, 2) make plans on how to accomplish them, and 3) track yourself to make sure you do them. That’s it, right?

I have followed this sort of process for most of my working life and I can attest to the fact that it works. It wasn’t by any superior ability on my part that these became engrained in my life at an early age. I was “lucky” to have had a class teach them to me at my first employer. Then again, I had gotten an MBA, had high grades and many substantial activities, had interviewed well, and applied myself to the teachings in the class. So was this random good luck or opportunity luck? ????

That’s why I’ve said that getting up early can make you wealthy.

Notice how the rich habits say “every day”? It’s because they recognize that small progress every day adds up to something huge over time.

It’s interesting that only one of the ten have a direct tie to money (#9). At first glance, you would think there would be more. But when you consider the list you can see how the other steps result in a rich life, not only financially but in other ways.

I’ve interviewed many millionaires and would say that most of them express at least some of the rich habits.

I haven’t done all of these for my entire life (and certainly not “every day”), but I have applied many of these for long stretches of time. I can attest to the fact that they work — making my life better financially, mentally, spiritually, physically, and in many other ways to boot!

I’ll be buying more of these books and giving them away as gifts, especially to young people. If they can get these concepts down early and begin applying them soon, they have the power of time on their side to watch the habits make a huge impact over their lifetimes.

Those are my thoughts. What’s your take on the rich habits? 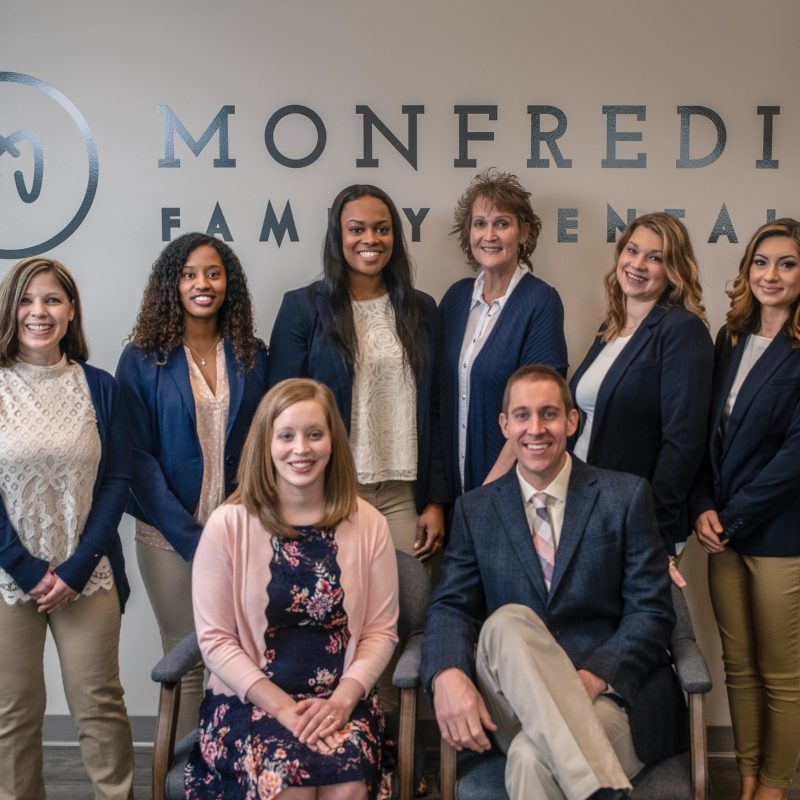 9 Proven Methods to Build an Amazing Team at your Business 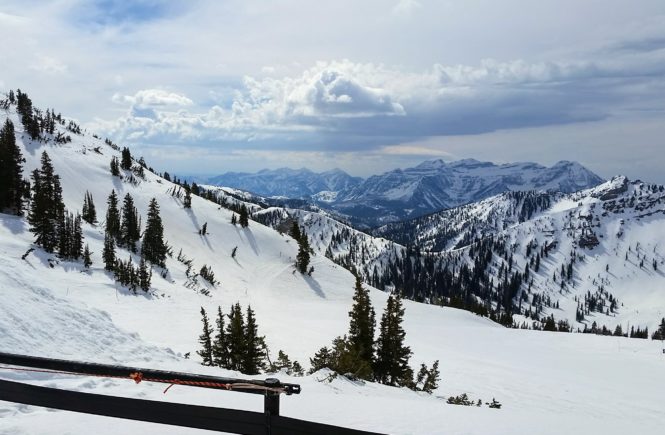 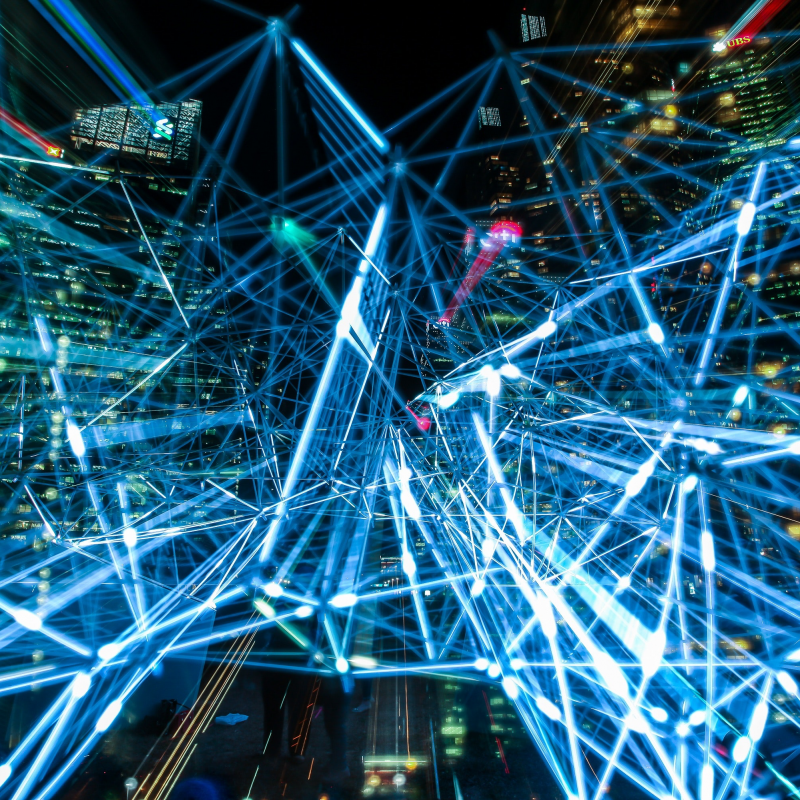 Breaking Down Blockchain Tech – And Its Big Potential