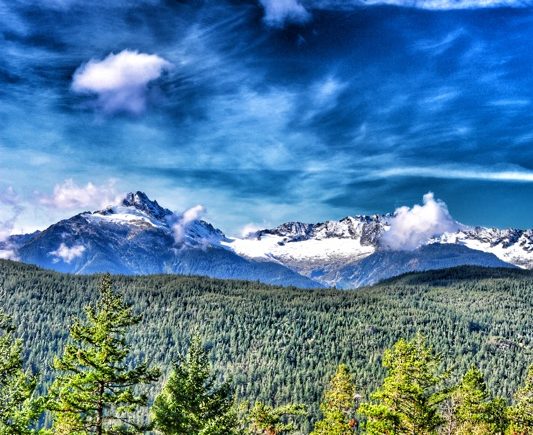 I was a 15-year-old 3-sport athlete that was fortunate enough to play in highly competitive leagues that typically led to great opportunities at the next level. Baseball and Football were my top 2 sports, and (humble brag alert) I was on track to play one or both of these in college… And maybe get paid to do it. Basketball, on the other hand, was the spot I played in the winter to stay in shape without the dreaded (and required) winter lifting program that came as a side to the main dish that was the football team. Throughout all of these practices, games, off-season conditioning programs, fights, and the like, I had learned to push my body and mind in ways previously unimagined. Every day led to increased strength and confidence as I became accustomed to my growing self. But it was a sequence during this afterthought of a sport (basketball) that taught me I didn’t know jack about the extent of my mental and physical limits. I found out that I was capable of much more than initially expected. And you can do more too… You just need the DESIRE to push yourself.
(Photo courtesy of MKulp Photography)

So well that we were coming off of a semi-final win and the coveted championship game was just 3 short days away. It was just a normal shoot-around after practice that ended up turning into a game of 3-on-3, and the rest is history – I remember it like it was yesterday. I was guarding and being guarded by this guy that was a good inch or two taller than me (6’4’’ -ish for him) and he thought he was Steph Curry before Steph Curry existed. This guy (Alex) loved to shoot the 3 ball but hated doing the dirty work. He wasn’t a big fan of fighting for rebounds, making the extra pass or getting his teammates involved, but damn he loved to shoot.
I took advantage of this lack of get-after-it-ness and when our team had the ball I took him down to the post to fight for position and rebounds.

Well, karma got me on the next exchange.

Unbeknownst to me, another player had bumped into Alex right as the shot went up. The ball took my vision with it, and although I felt Alex behind me, I had no idea he was falling to the ground. In a normal scenario, someone on the ground under the basket as the shot went up would typically hop to his feet and start fighting for the potential rebound. You know by now, that wasn’t this guy… Alex took a minute and just kinda hung out on his back, which is one of the most dangerous things to do in that position – and at that time. I grabbed the ball at the peak of my jump and came down with my left foot right on the edge of Alex’s thigh. The lack of stability in surface led the outside of my left ankle to hit the hardwood floor before the base of my foot left Alex’s thigh… Not good. Terrible, in fact.

My ankle was softball sized before I made it up off the ground.

Half of my energy went toward being pissed at Alex but the remainder transferred into fear and shame for having to go tell my coach what had happened. Not to mention the fact that it happened after practice was over as we should have been stretching, warming down, and getting ready to go home. Coach Betts wasn’t an unreasonably angry man, but as a Marine, he had a set of standards and values – and you knew exactly where and what those were. I looked up to coach Betts a great deal, which was even more reason for me not to want to relay this news. So, as I hopped into his office using the walls for support, he took a moment to look up from his conversation with our assistant coach and disappointment washed over his face. He sat there staring at not his best player, but one of his starters standing on one leg with an obvious injury to the other.
Coach jumped up from his chair at that moment and ran out of the room. He came back 30 seconds later with an ice bag and an index finger pointing to his chair. An inaudible “Sit” was what he said with the finger. …And so the recovery process began. I went off to home, then X-rays, and finally a general disdain that I would miss the big game just 3 days away. It was crushing.

Little did I know that coach Betts had different plans.

So here I was, resigned to the fact that I couldn’t walk on the leg for a week, and all I needed to do was to take one step on the ankle to verify both Mom and doctor’s orders that rest for healing was what I needed. I had my mind set on the fact that my leg hurt like hell with every step and guess what – it did.
I came limping into practice the next morning on crutches combined with an ice pack fastened safely to my lower left leg. coach came right over. “So, is it broken?”

“No, coach. They said I’ve got serious ligament damage and a bunch of inflammation… But no break.”

“Great news. Now put those crutches down, stop liming and start regaining some flexibility in that ankle. We need you in 2 days. Here are some stretch bands. I want you to work both your ankles today throughout practice to regain mobility and flexibility. Tomorrow we’ll get you jogging.” He handed me the bands and walked away without waiting for my response.
Jog!?!? Tomorrow?!?! I hadn’t even considered walking on the thing until next Tuesday… But that man was so confident, and I trusted his judgment so much that I put the crutches down just to see if the leg could hold my weight – something I never would’ve considered doing without his push. I had to grimace and bite my lip but guess what? I stood. And with that 1 step, my mindset completely changed. “Hey, if I can manage this ankle for the next 56 hours I might – just might – be able to play on it.”

For the next two days, I did as my coach (the Marine) instructed.

By the end of our second practice, I was able to do ‘sprints’ with the team (it was more of a jog/hop but I was out there). After practice, I kept stretching, icing, and moving some more, and before I knew it, game day had arrived. After testing my ankle out on the court that morning I had the ability to move in a straight line at a decent pace and I had power to box-out and jump. Lateral movement was not an option, however, but to know one’s weaknesses is a strength – and we used that to our advantage.
Coach did let me start the game and would put me in for shorter stretches than I was used to but the time off the court granted me the ability to work on my ankle mobility and helped to reduce inflammation. I guarded the opponent’s biggest guys, who weren’t quick to begin with, so the lateral movement wasn’t a huge issue. My stat-line wasn’t phenomenal but I grabbed some key rebounds, made some good passes, and had a couple of points, and as time wound down we found ourselves in a nail-biter. As regulation ended in a tie, we were headed to overtime and things didn’t change much there. It was an epic back-and-forth battle unlike any other freshman basketball championship ever played in the history of the universe (hey – it’s my memory so I’ll take the liberty here, but rest assured that the following is as crisp in my mind as any memory. I think it’s because of the impact this process had on shaping my perspective of limits).

With 7 seconds remaining, we had the ball under our opponent’s basket, down 1 point, and coach called a timeout to draw up a play.

He drew up a gem of a misdirection job that would have a bunch of motion going on close to me (the guy inbounding the ball) and hopefully distract our opponents from our guy that would leak out of the pack and start sprinting to the other end. I was supposed to throw that man a football-like pass to give him a free lane for the open layup. If executed perfectly we win the game and the championship – simple as that.
We did not execute the play perfectly. The defenders seemed like they were in on our huddle because they had a man hanging back deep to protect their basket, which took away our long pass play. With that out of the question and with the referee quickly counting down my clock to get the ball in bounds, we had to act fast. This sequence seemed to last for an eternity and I knew that we must only have a second or two left. Our point guard sensed the same and frantically ran back toward me with his hands up. I threw him the ball in stride as he broke for the other end of the court and our basket. And as soon as the ball touched his hands, our 7 seconds started ticking off… 6, 5, 4, … He dribbled the length of the court, reached the 3-point line with 2 seconds left, and went up for the shot… 1… BUZZER… All our hopes and dreams, a season’s worth of practices, sprints, and hard work, and not to mention my crazy rehab regimen all held in the air from the time that ball left his hands until it found it’s destination…

…Nothing but net. Game over. We win!

Aside from the fact that I still have that championship shirt – that Monica now wears regularly – I took so much away from those 3 days. With the help of my coach who wouldn’t accept quitting because of a little pain, I learned that by retraining the way I approached a situation in life mentally that I could completely alter the outcome. There are many other moments in life that I could write too many words about to re-illustrate the same point, but I’ll end with this:
When faced with a seemingly insurmountable challenge, whether it be in a workout, at work, or at home, rather than throwing your hands up and complaining about the bad cards you were dealt – put your head down and just push forward. You’ll be surprised at how much more you are capable of, and more than that, you’ll be so proud of yourself for making it happen!
I never had the opportunity to tell coach Betts about the impact that he had on my life as he passed much too early from this life. I’ll relay that as another lesson to never take moments for granted. Let the ones you love know they way you feel about them. The gift of today is just that – a gift – so live it with everything you’ve got! 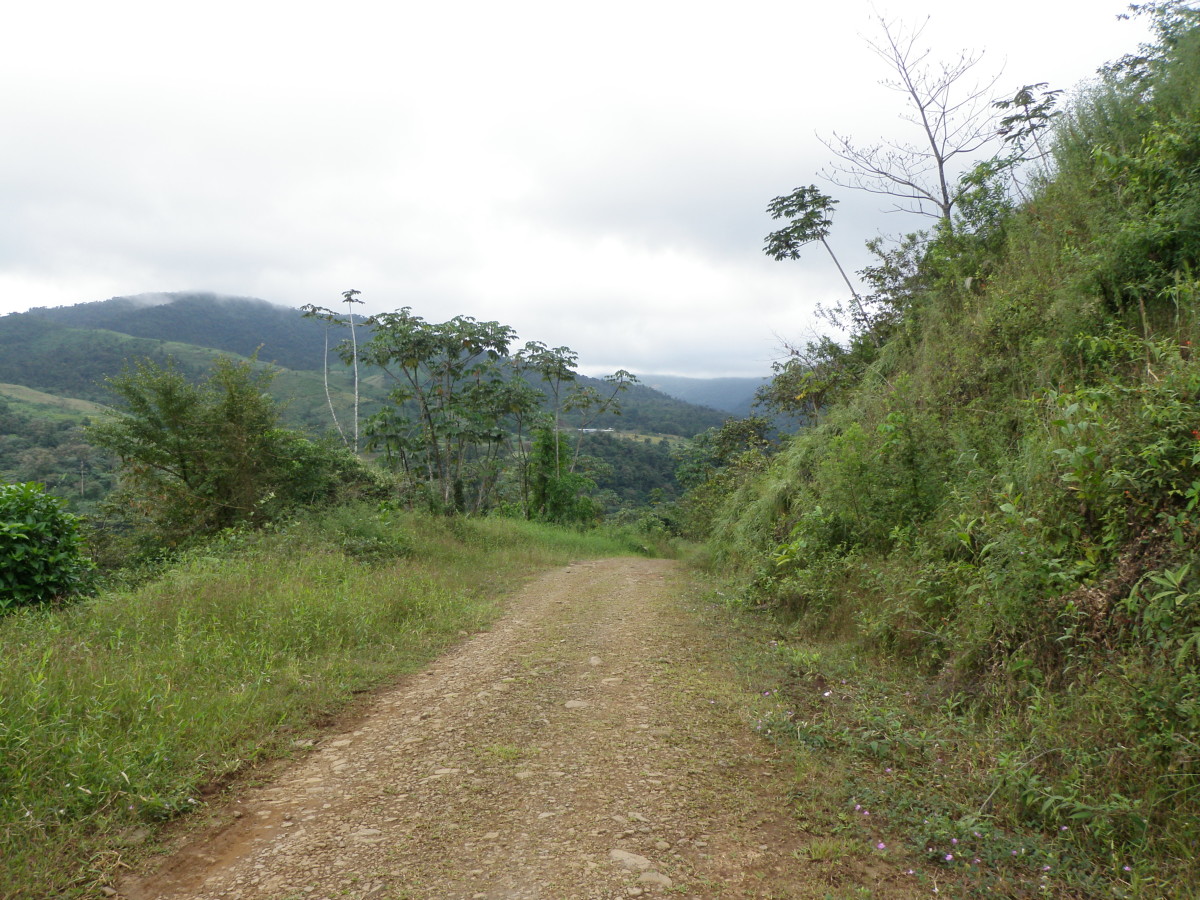 Getting Started with Exercise? Never Miss a Monday 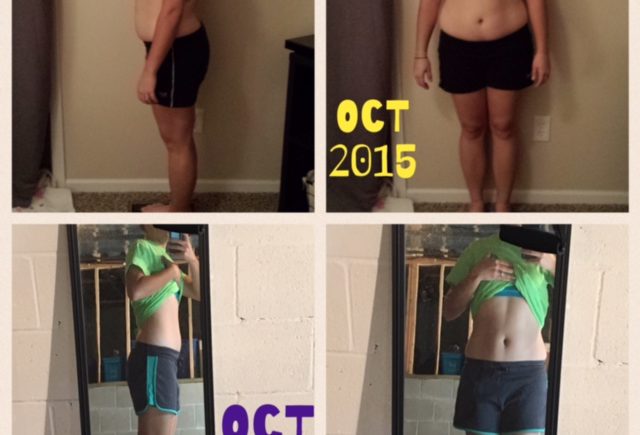