Is greed killing our water park? 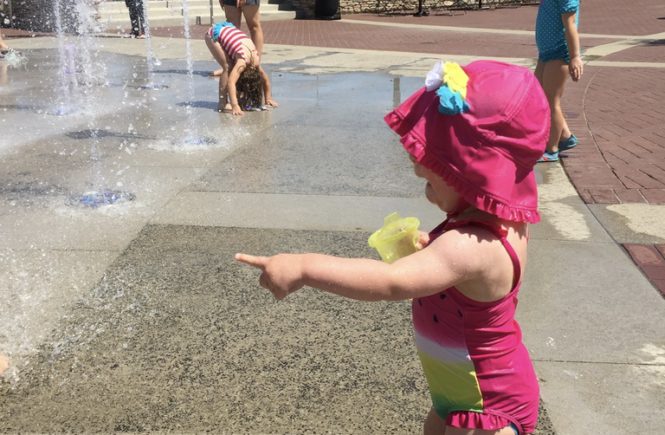 I’m a 30 year-old child when it comes to certain things (sand volleyball, road trips to the beach, days at the zoo, walks to the splash pad, park activities, certain workouts, …, and a day at the water park). Meaning, I get so excited these things are coming up that I often annoy those around me with questions, lists of possible things to do, and a generally high energy level in preparation for the desired item. My family and friends use the phrase, “Calm down,” abundantly in those situations.

So, when The Cruise Director (brother-in-law #1) told me that The Groom’s (brother-in-law #2) bachelor party would start with a behind-the-scenes tour of the zoo and day at the water park, anticipation spiked early and often. Monica and I have a season pass to the zoo but that doesn’t get us backstage to interact with the animals. Also, we try to make an annual trip to the water park and every time it’s a ton of fun. There were other bachelor party activities scheduled for later in the afternoon/evening but those above were enough to make for a phenomenal experience (kudos to The Cruise Director for orchestrating). Needless to say, I was beyond stoked heading into the day.

I knew we’d have some reportable moments as soon as we parked the car. Six of us were gathered around the trunk applying sunscreen and organizing our stuff when I notice cigarette smoke obnoxiously close then hear, “Can we borrow some sunscreen? I forgot it for my kids.”
I turn to see a parenting duo lighting up their cigarettes and filling the cooler with what one of our party thought was beer when I bit my tongue then said, “Sure one sec.” It’s not my job to judge or ask this woman about priorities and we’ve all forgotten things a time or 2 (segue coming soon), so let’s go with helping the kids, right? The lady filled the bowl of her hand with a heap of sunscreen, said “Thanks,” and handed the skin cancer repellant back to me. Good deed for the day: check.
After that exchange though, something completely unrelated felt terribly wrong. I was apparently so eager to start the day’s festivities that the child in me won out against the father – I forgot my bathing suit… Not a good job. A week’s worth of hopes and dreams were about to come crashing down in that moment when I saw a second pair of shorts in my bag. Why were they there? I have no explanation. There was no need anywhere else in the day’s schedule. My water park guardian angel must have placed them there herself. Thank you.
If there were written rules of bachelor parties, Rule #1 would no doubt be – never split up. We saw the consequences of this action in The Hangover and the following iterations. Splitting up, unless directed to do so by The Cruise Director, only leads to increased anxiety and potentially awkward situations.
Mid-way through the day we broke the to-be-written Rule #1 when our self described “Blind Asian” lost his way in the lazy river (his vision is not good and he constantly refers to himself by this moniker)… He didn’t want to lose his glasses on a slide or other attraction, so they were kept safe in a locker. His whereabouts on the other hand… Soon became unknown.
How do you get lost in the clearly defined path of a lazy river? Fair question. I’ll say the river was long, the patrons were numerous, and our Asian was blind (his words). 30 minutes later our dispatched search party funneled our lost groomsman back toward the waiting trap, and the group was reunited. It was a rough and tense 30 minutes, but we came through stronger and reunited.
No alcohol had been consumed at this point in the day.
You may be wondering why, with all the joy-inducing slides and white-knuckle-causing tubed rides, we were in the lazy river. 2 answers – 1) it’s a great place to spend a few moments cooling off from the early summer sun, and 2) lines for the slides were significantly longer than I had ever seen before. This is where the greed comes in.

I want to say first that we had a great day.

Previously, there had been an order to things. We (as paying customers) loved the water park and the water park loved us. We payed low prices for good family fun. We could bring our own water and food to help keep costs down. The place got packed on summer weekends but the park is spacious and it never seemed overcrowded. There were lines for rides but they seemed to move along swimmingly.
Park officials even developed this “Zoom Pass,” that for an extra sum of money would get you past the line for the same rides that the folks in steerage were waiting for. It was a nice perk that a few took advantage of. We never saw a need.
This year, that got flipped on its head.
Granted, we arrived late on a summer Saturday, so part of this is on us. But we had been to the park at these times before and it never seemed this… chaotic.
Waiting in line for the first slide, we were like a gaggle of schoolchildren anxiously awaiting recess. Our queue was creeping along but we saw Zoomer (those with the Zoom Pass) after Zoomer jump the line, grab the raft, and head up toward the slide origin. There was a park employee “directing traffic” but only one lane was moving. We found out later that the policy close to 2 Zoomers per every 1 Regular Man should have been implemented, but this young lady didn’t see that policy fit to enforce.
Discontent was rising with the crowd around us but hey, we were just happy to be there and ready to use water and gravity to our advantage. It took about 30 minutes but soon Cruise Director and I were doubled up in the tandem raft waiting for the go sign. Let me say, the ride hadn’t lost a step. We had a blast.
Next we went for the body slides. Small line and a shortage of Zoomers doing their zooming led to a quick turnaround. Feeling aggressive we then went for the gold. The Cyclone is a ride that may include up to 3 adults in a raft embarking on a steep drop followed by 30 glorious gravity-defying seconds. Taking our place in line began what would be a 1.5 hour wait for the half minute ride.

Here was where we learned the lay of the Zoomer-land.

Regular admission tickets cost $32/person while a traditional Zoom Pass added an additional $15. This extra $15 got you in the quicker line, but there was a catch. You were only able to ride 1 ride every hour…
Where, then, were all these Zoomers coming from? Well, they sold a lot of those Zoom Passes. Also, we found out you could reserve a spot from anywhere in the park, then arrive at your scheduled time. The cherry on top was this – for an extra $30 in addition to the $32 (total of $62/person), you could cut the 60 minute wait time in half (30 minutes).
The regular line would then wait for every Zoomer, regardless of ratio, to ride and sometimes ride again before the traditional slide-goer had their turn. Rules are rules but this system seems to have a few flaws.
It is my opinion that in a time where advertising, word of mouth, and anticipation get the customer in the door, a good experience is what brings them back. This 3-tier system of Zoom Passes led to a reduction in quality of experience, to the point that those around us in line were fed-up with the wait time. Many were frustrated and a few were furious. We did a great job of enjoying our day, but it was hard not to notice the lack of organization.

I think it a waste of time to simply point out failure without offering a solution, so here’s an analysis by 7 men (during a bachelor party) on where the water park went wrong and how to fix it.

Hey, we had 1.5 hours to kill and our group consisted of people from the fields of education, software engineering, forensic science, sustainable project development, and law… We like to solve problems.

Let the guest know at time of ticket purchase about these zooming options so that if they have the means, they can take part in the experience. This eliminates the shock of witnessing the formation of classes in line.

Sell refreshments along the line You know how to smooth over a crowd in line? Offer low potency alcohol or other cold beverages. These refreshments are already sold in the park, so I don’t want to hear about safety… That bridge is already crossed. You could let them buy drinks via the zoom pass or regular means and the conversations about interesting new ink (our group had 2 with new tattoos and a few others with pre-existing ink) would more than pass the time until next ride. I bet more friends would be made too.

Make it fun to wait in line

How? You know those trivia games they have at bars? Yea, the one where you score points and compete against other lonely bar-goers. Give those games to the people in line and have them compete against each other. What prize could you offer? Drink tickets to the mobile stands outlined above. Now were having fun, building camaraderie, enriching the experience, and making more money. Huge!

Charge more for the zoom passes

It’s obvious there is demand. Raise prices. If you can make the same amount of money and increase the quality of experience for more individuals, that’s a win for all. With fewer people opting for the Zoom Pass you limit disruption to the line. It was like a highway with 2 lanes of traffic merging into 1. If you reduce the number of cars in one lane you are able to minimize disruption to the traffic pattern.

Charge the same but put a cap on the limit you sell. An improved guest experience could bring them back more often.

We’ve lucked into not the best weather in the past and this drastically limits the crowd. Those days do tend to be a ton of fun – wetsuit optional.

We’ll be back to the water park in the future

We had a great day at the park and we saw some inspirational things, for sure we’re going back.
I want to send a quick shout out to our Groom and Bride-to-be. Congrats on your upcoming wedding! Also, tremendous job by our Cruise Director for orchestrating an impeccable plan that led to a phenomenal day/night for our Groom. Good job by all!

If you’ve enjoyed this post please share it with a friend. We would also love it if you subscribe to the blog so that our new posts come straight to your inbox.
Do you have a question or comment? Let us know by commenting on the post or emailing Mike. We’re glad you’re here. Thanks again and talk soon!
– Mike
Previous Post Next Post

Winter Is Coming and So Is Christmas 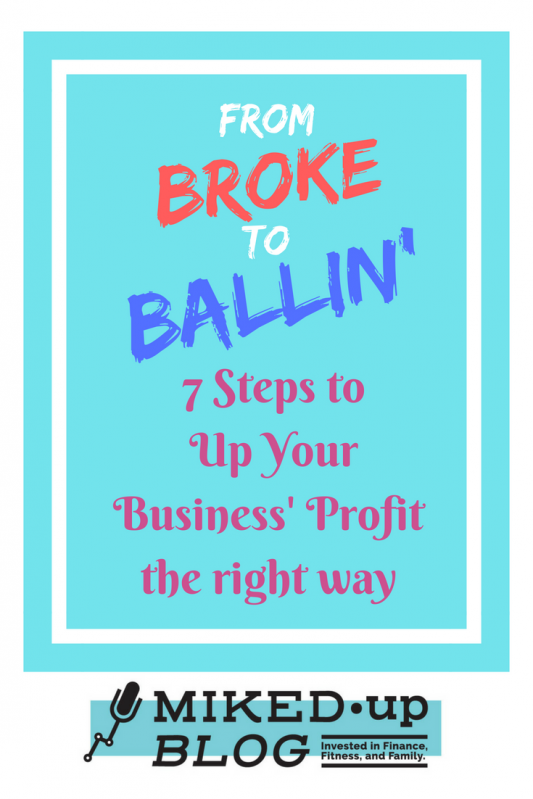 How to Increase your Business’ Profit Margin in Under One Year 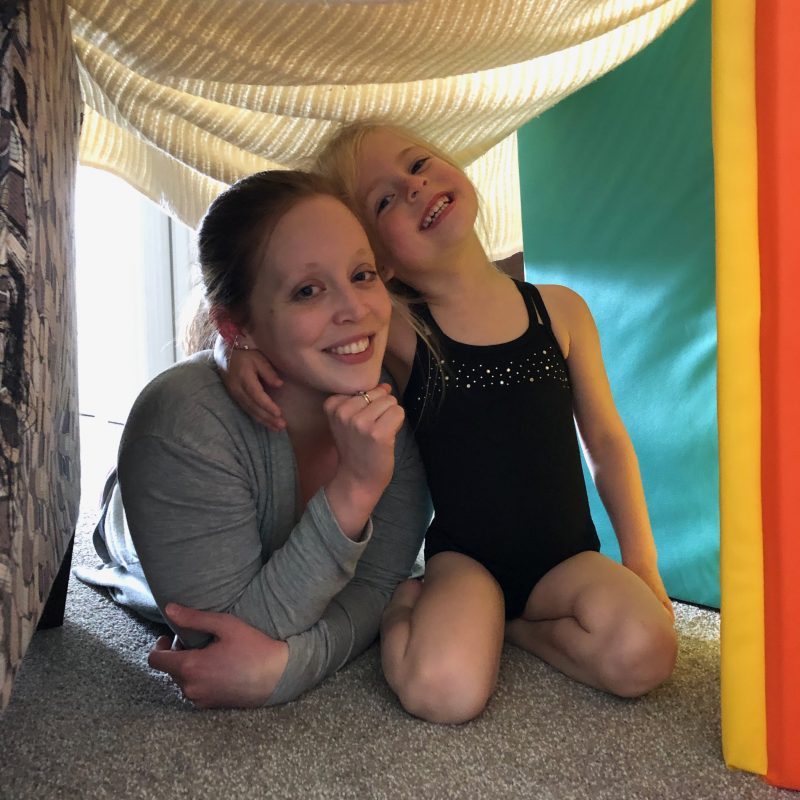 Monica’s Weight Loss Update After 2 Months on ‘The Plan’